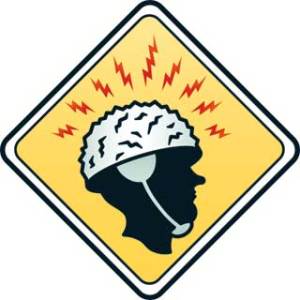 Jo Nova likes to call climate change the second biggest scam in history? And the largest scam? She is still hinting at the real agenda of the bankers, scientists, governments, and /or aliens who really control the world.

As I noted earlier in the year, Nova and her husband subscribe to a fringe conspiracy theory known as the “economic collapse”.

In short, the “elites” are about to usher in an age of hyperinflation in order to cement their hold on power:

Amongst the conspiracy “community” there is often talk about the coming “general economic collapse”. According to this theory – and it has many forms – an elite will usher in an age of hyper-inflation in order to impoverish citizens in the developed world. Having achieved this they be in possession of the only real assets (property, gold) and thus have even greater political power… Depending on the conspiracy these “elites” are either the Freemasons, Fabians or Bliderberg Group.

This week Nova is starting to hint at her deeply held beliefs about this conspiracy:

The monetary system that allows a privileged few to print money from nothing is the same system that allows massively misdirected spending. When there are so few controls on the growth of money, there is less negative feedback, fewer brakes and virtually no limits. If the system is swimming with easy money, people can “afford” to build wildly extravagant and unproductive things, like wind-farms, carpets of solar panels, or symbolic rivers of blue plastic.

Of course, it was there for all of us to see!

But wait, there’s more… just how far down the rabbit hole are you prepared to go?

Well… it begins with Wall Street and ends with the US under a military dictatorship.

I kid you not.

Actually, it’s not about wind farms: it is about Obama the antichrist!

But while inflation may be the only road out of the debt-pit, no one in power will be issuing a press release. Those in control of the currency will be doing all they can to ensure the appearance of inflation lags far behind the reality, to keep inflationary expectations low. The “best” kind of inflation for the central banks that inflate our money supply to the advantage of banks and government, is the invisible kind (and we’ve had a lot of that in the last two decades). Once the punters wake up to it, they start demanding wage rises, and then the exponential acceleration takes off like an A380.

Yes, yes! It all makes sense!

How could I have been so foolish to think global warming was an issue, when in reality a cabal of vested interests is about to usher in the Economic Collapse!

Nova trumpets a video by the “National Inflation Association“, a group dedicated to “preparing Americans for hyperinflation”. The NIA prepared the video as it was “apparent” the US is headed for a complete societal collapse:

“There are now countless warning signs all around us on a daily basis that the U.S. is headed for a complete societal collapse. NIA received an overwhelming response from its members when we asked you to submit any signs you see that a societal collapse is near. The response we received was so strong that we are now beginning to produce a documentary about America’s upcoming collapse of society. The documentary will be over an hour long and we are hoping to release it by the end of October. It will go beyond the economic facts and statistics that were discussed in ‘Meltup’ and help expose the upcoming collapse from a real life perspective…”

Nova thinks this is real, as she states “parts of this projected scenario are happening”.

The NIA has released a series of videos on this conspiracy theory with such tag lines as “How the U.S. is headed for a complete societal collapse! The most important film of all time!”

How could you resist watching them?

And I loved every silly, nutty moment of them. I have a fondness for conspiracy theories, I think they’re rather fun and interesting products of the zeitgeist.

And as I’ve noted before, Nova’s thinking is infected with a conspiratorial world view.

I think we can we all agree these people are insane.

Seriously – how much longer are we going to take the likes of Nova, Evans and the like seriously?