A hive of scum and villainy: WtD versus the smoking trolls 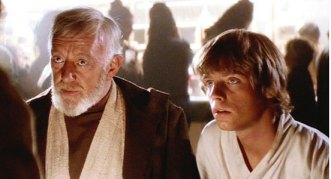 The Internet: you will never find a more wretched hive of scum and villainy. We must be cautious.

For almost three years I’ve been blogging and commenting on climate change and climate scepticism. As many readers – both sceptics and “warmists” – appreciate I’ve allowed robust conversation on this blog.

More so than other blogs (both sceptical and pro-science). That is a conscious choice of mine: deliberate because I believe there should be debate, and I’m a strong advocate for freedom of speech.

Recently I republished a piece by Simon Chapman on hate mail and cyber trolls. It was an article which I thought interesting, primarily because of the authors reflection on the intense nature of online debate.

Very quickly my blog was overrun by advocates for “smokers rights” – or more accurately tobacco apologists. Even more quickly, the vitriol and illogical nature of many of those posts disturbed me.

I’ve spent almost 20 years being part of online communities: from online gaming were “smack talk” is the norm to debating with Creationists, neo-Nazis and all forms of ignorance, hate and prejudice.

I’ve always been of the opinion of bringing the fight of those that seek to confuse or misinform. While WtD has been in operation I have allowed and interacted with with holocaust deniers, those who doubt the effectiveness of fluoridation and all manner of those in “denial”.

But I have not been as disturbed – nor felt as abused – by the tobacco apologists that swarmed to this blog.

I’d ask those posters who engaged in that abusive behavior to meditate on that point: you’ve outdone the holocaust deniers in vileness.

All too often, it is the bullies who claim the mantle of victim.

Not on my watch.

They have offended me and readers of this blog.

Those lines have been crossed.

Simon’s point’s in his post have been well and truly proven.

It has also been distracting conversation.

This blog is about climate change. It is an attempt to explore and discuss the politics, the science and the denial of global warming. It has always been my intention to provoke discussion, debate and contemplation.

I appreciate for some my style can be confrontational, irreverent, maddening or worthy – but the blog is welcome to all who wish to read and comment. There are many appreciative readers, and those who disagree with me and the science.

That is to be expected.

So I am forced to do what I would never would have thought I’d do – shut down commentators and a topic of debate.

Lewandowsky et.al versus the “We’re not conspiracy theorists but…” brigade (part 1)

Latest scandal to rock sceptic blogs brings out their best…

Without doubt the phrase “Here we go again…” comes to mind as the latest scandal de jour rocks the climate sceptic community on the interwebz.

In a show of solidarity and commitment to the cause of climate scepticism many of them have stayed up well past bed time, missing their favorite reruns of 1970s classic Brit-TV. Yep, they’ve given up watching special screenings of The Two Ronnie’s for a much more important cause.

And the cause of this online militarism?

Without doubt this was bound to stir the demons of denial: especially when the paper started getting traction in the mainstream media.

The denial machine is hyper-sensitive to any and all forms of criticism. Dare to suggest that they are in error and sceptic bloggers and a swarm of angry, cantankerous wanna-be science experts will go into default attack mode. The entire movement is built on the perception they are a credible alternative to the world’s scientists: start to question that carefully cultivated veneer of false authority and expect them to go-in-hard.

This is exactly what they have done in response to the NASA paper.

This is exactly what every one expected.

I mean, is the only position of the denial community a reflexive and angry defensiveness?

It’s a bit like that old guy sitting on the front porch, yelling at “Those damn kids!” to “Get the hell of my lawn!”

…and then drawing a 12 gauge pump-action shotgun and loose off a few shots for good measure.

Not only is it an overreaction, but disproportionate to the perceived slight.

Now recall I made three tongue-in-cheek predictions as to how the denial machine would respond:

So how’d they stack up?

Prediction 1 confirmed: we’re not conspiracy theorists! But it’s a conspiracy!

I suspected that the comments section of which ever blog or media site feartuing the paper would be flooded with comments not only dismissive of the research, but claim it was part of an orchestrated campaign to besmirch the good name of climate sceptics:

“There is only one answer to the question – who profits most from what is looking every day more like a scam. Those who oppose the theory or those who support it…………cui bono……..always the answer to those questions which produce two sides in which there can never be agreement. So far there is clear indication that many politicians have personal financial interests in keeping the ‘debate’ going for as long as possible. Cui Bono………..”

The blogger over at Australian Climate Madness sees it as all part of a greater plot:

“I think they dreamed up their dramatic headline conclusion of “climate sceptics are nutters” and worked back from there.

Once they got headline exposure in a couple of major newspapers, their mission was accomplished…”

Foolish climate sceptics, you have no idea how much control we have over the worlds academies and media! And banks. And the UN. And the world’s military. And every government on the planet. They are all in our pockets, acting out our orders…

As the average conspiracy theorists likes to say: nothing is as it seems, all will be revealed…

Prediction 2 confirmed: they will reject the research, cherry pick its arguments

Throw the sceptic movement a piece of empirical research, and they will switch to motivated reasoning mode and search for the smallest of errors.

Bishop Hill and Jo Nova are leading that change, being cheered on by Anthony Watts.

The comments fields on these blogs are filled with the exact same misinformed reasoning and misinformation that accompanies most of the discussion on these sites.

However, they’ve also started a campaign of FOI requests and other tactics straight form the “lets-harass-the-scientists” play book (I’ll explore in next post).

Prediction 3 half confirmed: I expect the likes of conspiracy theorist and climate sceptic Jo Nova to go ballistic

Well I have so say I was a little disappointed with Jo.

I had the popcorn out and was waiting for some classic Nova/Evans “OMG it’s the international bankers coming to get my money arrrrrgh! Where’s my gold? Under the bed!?!?!?!”

I’d built my expectations on the last time Jo responded to research produced in the Proceedings of the National Academy of Science, one of the world’s foremost scientific journals. In her fury she redesigned the front cover of the journal:

Which I thought was just adorable.

The whole “It’s evil! Evil!” and “It burns! It burns!” shtick gave me a good giggle. I have sooooo many favorite Nova quotes, but the text that accompanied the above image is amongst her hyperbolic best:

Shame on you Schneider, traitor to science. Shame on the NAS editors who allowed this pathetic excuse for research into their publications. And shame on any member of the NAS who doesn’t shout in protest at this denigration of the good name that took decades to build.

As predicted, Jo commented on the NASA paper.

But I was really hoping for some “Nova Gold” with claims about tyrannical government, bankers, the “death of civilisation as we know it” and all the chum she normally throws out to her readers.

Much more muted than I expected:

This could be the worst paper I have seen — an ad hom argument taken to its absurd extreme, rebadged as “science”.

Actually, anything that smacks of genuine scholarship, Jo will refer to as “the worst I’ve ever seen”… so as one can imagine, the list of what Nova doesn’t like is rather long.

Standard Nova reply, but hey – I’m still watching and waiting for the lulz.

Disclaimer: I was never formally asked to participate in the survey; however I did come across the survey on other blogs and directed readers of WtD to the survey if they were interested. As the comments section attests there is a large number of climate sceptics and “warmists” commenting here.

Coming up in the next post: how the sceptic movement resorts to claims of fraud, misuse of Freedom of Information Requests (FOI) and other bullying tactics…