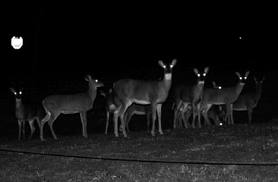 To the horror of the Prime Minister Tony Abbott, Environment Minister Greg Hunt and the conservative media, everyone is talking about climate change.

If only they’d shut up about it!

Maybe it is folly to try and stop people talking about climate change when significant parts of the country are burning in early spring. Reality, unlike a compliant and supportive News Corp journalist, is not in the business of denying global warming.

And yet it was supposed to be easy for Tony Abbott once he’d parked himself in the big chair.

All he had to do these past three years was run a great big scare campaign against the great big tax. Who would have thought the tricky part would come after taking government?

Mr. Abbott seems to have assumed that simply warming the chair of his predecessors would magically fix things to his liking. The nightmare years of Labor in government and the inconvenience of having to do anything about climate change would be magically wiped away.

Repeal this, slash that and hey presto we’re back to Howard’s glory years.

But what exactly Abbott is doing in government is anyone’s guess. Outside of repealing legislation, dumbing down the NBN, jumping on a fire truck for a spot of back burning and cutting the Climate Commission there doesn’t seem to be much of that “vision thing”.

However to his increasing frustration, the more people talk about the connection between the fires and global warming, the more the Abbott’s agenda to scrap the carbon tax comes under scrutiny.

What’s a PM sceptical of climate change to do?

Well, if you’re Mr. Abbott you’re desperate to stop people talking about “it”. And by “it” I mean the reality of climate change.

Thus we owe Adam Bandt a great deal of gratitude for daring to suggest a link between the NSW fires and the badly conceived and ineffective Direct Action Plan.

What Bandt did what was both brave and necessary. He made explicit the obvious link between the fires and global warming. He also drew attention to the incongruous situation of the government tearing down Australia’s response to climate change as some of the worst fires seen in NSW history ravage the state. Here merely pointed what folly such actions are.

Did I also mention we’ve seen the hottest day, hottest month and hottest year on record during these past 12 months? And that we’re due for a horror fire season? Gosh, it’s almost like there is a link.

Thus, when highly placed UN official Christiana Figueres also drew the same connection to the unpredicted scale of the fires and questioned the government’s plans, she drew the ire of the PM:

Mr Abbott batted away the comments on Wednesday, saying that Australia had had ”bad fires” since the beginning of European settlement.

”Well I think the official in question is talking through her hat, if I may say so,” he told Fairfax Radio.

It is patently clear the government is losing control of the climate change narrative.

In fact it is getting impossible to wave away peoples concern about the issue, especially during extreme weather events. Over the next few years the Abbott government is going to find the politics of climate change even trickier to manage as incidents such as the NSW fires happen with greater frequency and ferocity.

Climate change will define this government.

So far it looks like Abbott & Co are floundering badly. On this and a range of other issues the government is looking out of touch and ill equipped to manage the act of governing Australia in the 21st century.

Wasn’t this supposed to be a government of grownups?

Then why do I get the impression they’re more like a bunch of timid deers caught in headlights, transfixed by the oh-so-shiny-but-dangerous-glare of forces greater than them?

Rather than embracing challenges as grownups should, the response of Abbott & Co is to stay in denial, attempt to shut others up and pretend the problem will go away. In the long run this strategy is bound to fail.

Still, along the way we’re promised many fine and amusing incidents as senior members of the Abbott government try wave the issue of climate change away.

Environment Minister Greg Hunt was in especially fine form today, dismissing the connection between global warming and the fires by doing (wait for it) a quick scan of Wikipedia:

Environment Minister Greg Hunt has hosed down suggestions of a link between climate change and increased bushfire intensity, saying he had ”looked up what Wikipedia” said and it was clear that bushfires in Australia were frequent events that had occurred during hotter months since before European settlement.

Given he has access to experts at the CSIRO, the Bureau of Meteorology and the Australian scientific community, Mr. Hunt seems satisfied with a quick Google search.

And yet somehow such a person managed to get elected to high office?