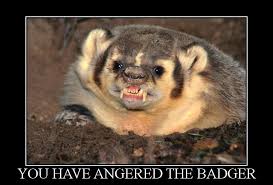 A lot of energy has been spent by myself and others on comments made by sceptics – both here and across the internet.

There are four things we should remember, established scientific facts beyond dispute:

Understanding the science of climate change is about being an informed citizen. The deniers want to deprive you of the right to be informed about an issue of fundamental importance to our civilisation.

Merchants of FUD and their motivations

Create enough doubt about the science (so it is hoped) and action on climate change will be stalled long enough. Some want to do this for ideological reasons; others because they have a vested interest. Some trolls enjoy being contrary and love the attention.

Here is the thing. You will never know their motivations. But that does not matter.

What matters is your response, to engage or not.

What is happening here mimics the broader climate debate: a tiny minority disturbs the majority

I like to think I’ve gained some experience in the debate having run this blog for three years now.

Form what I see, perhaps 1-5% of the readers of this blog are sceptics. And yet those threads go on for hundreds of posts, consume the energy of many people and confuse, enrage and disrupt the tone of discussion.

This is symptomatic of the broader climate debate, where a tiny minority is distracting the majority.

When you find yourself dealing with troll behavior remember the cardinal rule of the internet “DO NOT FEED THE TROLL.”

Provide counter information, but remember you’ll never convince them. I’ve been a great deal of thought to this issue, especially as it pertains to WtD.

While I don’t believe in silencing dissenting voices (no matter how unpopular) I will be applying the WtD community guidelines with greater rigor. All posters, regardless of their views should take note.

Angry badgers and the Nasty Effect: how online discussions are derailed

Recent research has shown how the comments section of an article can influence the average readers perception:

“In a recent study, a team of researchers from the George Mason University Center for Climate Change Communication and several other institutions employed a survey of 1,183 Americans to get at the negative consequences of vituperative online comments for the public understanding of science. Participants were asked to read a blog post containing a balanced discussion of the risks and benefits of nanotechnology (which is already all around us and supports a $91 billion US industry). The text of the post was the same for all participants, but the tone of the comments varied. Sometimes, they were “civil”—e.g., no name calling or flaming. But sometimes they were more like this: “If you don’t see the benefits of using nanotechnology in these products, you’re an idiot.”

The researchers were trying to find out what effect exposure to such rudeness had on public perceptions of nanotech risks. They found that it wasn’t a good one. Rather, it polarized the audience: Those who already thought nanorisks were low tended to become more sure of themselves when exposed to name-calling, while those who thought nanorisks are high were more likely to move in their own favored direction. In other words, it appeared that pushing people’s emotional buttons, through derogatory comments, made them double down on their preexisting beliefs.”

“Uncivil discourse is a growing concern in American rhetoric, and this trend has expanded beyond traditional media to online sources, such as audience comments. Using an experiment given to a sample representative of the U.S. population, we examine the effects online incivility on perceptions toward a particular issue—namely, an emerging technology, nanotechnology. We found that exposure to uncivil blog comments can polarize risk perceptions of nanotechnology along the lines of religiosity and issue support.”

While many of you are familiar with the tactics of think tanks, I thought it worth drawing attention to a recently uncovered Heartland Institute propaganda initiative.

Called “Operation Angry Badger” it was designed to derail a debate in the US over collective bargaining in the education sector:

A Chicago-based free-market think tank has prepared a strategy to sway the recall debate in Wisconsin, including detailing “the shortcomings of public schools,” according to leaked documents that appeared this week on the Internet.

“Operation Angry Badger” purportedly describes a Heartland Institute proposal that would cost about $612,000 and focus on promoting Wisconsin Act 10, which curtailed collective bargaining for most public-sector workers.

Heartland is one of the foremost think tanks behind the campaign to deny the science. The above is SOP, or standard-operating-procedure.

The Angry Badger tactic is one that seeks to inject distracting facts into a conversation.

Imagine you are having an amazing discussion with someone.

Suddenly, a stranger walks up and shouts “Oh my god look over there an angry badger!!!!!!”

You’re distracted, and stop talking. The flow of the conversation is broken. You have to start all over again, missing some points.

This is exactly what trolls and sceptics want to do. Distract the flow of conversation with a dramatic, yet irrelevant fact (the Angry Badger).

What matters is your response.

122 thoughts on “Angry badgers: trolls, sceptics and distracting voices in the climate discussion”