Even Andrew Bolt has had enough of Monckton: yes Andrew, climate sceptics are cranks 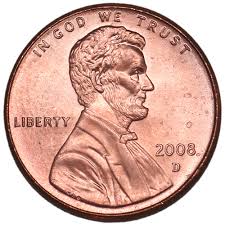 Even for the most hard-core climate sceptics, the penny can sometimes drop. In this case a discus-sized-penny has dropped on the head of conservative News Limited columnist Andrew Bolt (aka “The Bolta”).

Over the years Bolt has championed both Lord Christopher Monckton and his brand of conspiracy infused climate scepticism – indeed he once referred to him as a mathematician, when he is no such thing.

Now even Bolt thinks Monckton has gone to far:

Why on earth was Christopher Monckton endorsing the nationalist Rise Up Australia Party? Great chance for warmists to paint climate sceptics as fringe dwellers.

Why on earth indeed?

Does Andrew really need to ask himself why Monckton is associating himself with a radical, right-wing, homophobic, anti-immigration, anti-Muslim, fundamentalist Christian sect with aspirations to create a Taliban-style theocracy down under?

The core narrative of the climate sceptic movement is conspiratorial: “climate change is not real, it is a hoax  created by scientists and their NWO puppet masters”.

Recall Perth sceptics Jo Nova and David Evans who believe in a centuries long conspiracy involving international bankers and climate scientists. According to this dynamic duo, said bankers may – or may not – have been behind the assassination of Abraham Lincoln. Yes, you read that correctly: they’ve actually made that argument.

I’m not sure why Andrew is surprised – the evidence has been overwhelming and in the public domain for years.

All you need to do is look. I’ve been writing about climate sceptics and their conspiratorial world view for three years. The amount of evidence supporting this assertion is overwhelming.

There is this 2012 video in which Monckton explains how Obama’s birth certificate was most likely faked.

Monckton has also been a regular guest on the Alex Jones show:

If further evidence is needed to support to the contention that many climate sceptics have embraced a cluster of conspiracy theories, look no further than Lord Christopher Monckton.

The prominent climate sceptic – who has been feted by figures such as Gina Rinehart, Andrew Bolt, Alan Jones and Australia’s climate change “sceptics” – now claims the birth certificate on the White House is a forgery (which many of us know, he has been for some time).

Monckton has been spending time in Hawaii “investigating” Obama’s birth certificate and detailing the results of his investigation in a series of ongoing interviews with Alex Jones, host of InfoWars.

Jones is known for his support for New World Order conspiracy theories and that the U.S. government was behind the 9/11 attacks…

Alex Jones is a 9/11 Truther and is one of the most high-profile conspiracy theory peddlers in the United States. Monckton and Jones have been pushing the “Birther narrative” for some time now…

“Why on earth is Monckton associating…”

Does Bolt really have to ask that question?

Now Andrew – if you’d care to stop by the WtD blog I’ll happily share the vast amount of material clearly indicating the link between conspiracy culture and climate scepticism.

Get ready for the lumps if you do: the pennies will fall hard, and fast.

101 thoughts on “Even Andrew Bolt has had enough of Monckton: yes Andrew, climate sceptics are cranks”