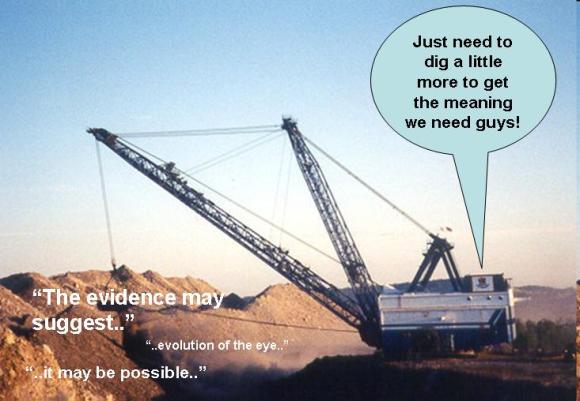 A well used tactic.. no matter how many times debunked

A recent headline from teh website Australian Conservative (AC) caught my attention, as it seemed to imply that James Lovelock – the noted scientist, environmentalist and creator of the GAIA hypothesis – was less certain on just how imminent the threat of climate change was.

Now Lovelock says he might be wrong about climate change

Even Professor James Lovelock is changing his tune:

“Who knows? Everybody might be wrong,” he says. “I may be wrong. Climate change may not happen as fast as we thought, and we may have 1,000 years to sort it out.”

I know Lovelock has been saying some controversial things of late (i.e. humans too stupid to prevent climate change) but this seems to be a big turn around for even a noted contrarian such as Lovelock.

So has Lovelock changed his mind?

Perhaps really climate change won’t be that bad after all (yay!). Lovelock is a scientist. We should trust him. And 1000 years does sound like a long – like really long – time, so really why are we so worked up about climate change now?

You could be excused for thinking that until you read the article that Lovelock’s statement was “quote mined” from.

The article is titled “Hay festival: ‘Climate change is a long struggle‘ (UK Gaurdian) and is a discussion about a recent climate change conference in the UK.

I’ve highlighted the comments refered to by AC in blue:

As he sees it [Lovelock], climate change is now all but out of control. We should certainly cut our greenhouse-gas emissions, but focus most of our efforts on adapting to a world that, sooner or later, will turn troublesome beyond words. As part of that, he has long claimed the only sustainable method of generating the electricity Britain needs is nuclear power – and that in large swathes of the world, solar and wind power are already proving to be a dangerous distraction. From time to time, he dispenses optimism, of a sort: he’s not having the standard-issue predictions of steadily rising global temperatures, and thinks that though the Earth could suddenly heat up in a way that few models have so far predicted, we might also have longer to prepare than some people think.

“Who knows? Everybody might be wrong,” he says. “I may be wrong. Climate change may not happen as fast as we thought, and we may have 1,000 years to sort it out.”

If that sounds comforting, bear in mind that the subtitle of his latest book, The Vanishing Face of Gaia, is “the final warning” – and when it comes to the kind of climate change-related schemes that dominate the headlines, he tends to sound withering, to say the least. Copenhagen, he tells me, was not just “futile” but “a monumental extravagance – I’m never convinced that big people-gatherings like that can solve the truly important issues.”

I think it is easy to see what Lovelock actually means.

Despite his concerns, Lovelock still stresses the uncertainties. Typical of scientists in general he states “Yes, but I could also be wrong”.

This is the reflexive habit of most good scientists. They understand that new data can overturn even the most cherished theories. It’s also classic Lovelock: controversial, polarizing and garrulous.

So what’s going on here?

Ah dear reader, it’s that old standby of anti-science movements from around the globe: quote mining.

Without doubt, quote-mining is the bread-and-butter of all anti-science movements.

The creationists excel at this: one-hundred and fifty years after the publication of Darwin’s “Origin of the species” they still trot out the old “the evolution of the eye disproves Darwin theory, even he admits that!” claim.

Typically the creationist will attempt to use Darwin’s own words to refute evolution by using the following quote:

To suppose that the eye with all its inimitable contrivances for adjusting the focus to different distances, for admitting different amounts of light, and for the correction of spherical and chromatic aberration, could have been formed by natural selection, seems, I freely confess, absurd in the highest degree.

When in actual fact, this is what Darwin said:

To suppose that the eye with all its inimitable contrivances for adjusting the focus to different distances, for admitting different amounts of light, and for the correction of spherical and chromatic aberration, could have been formed by natural selection, seems, I freely confess, absurd in the highest degree.

Yet reason tells me, that if numerous gradations from a perfect and complex eye to one very imperfect and simple, each grade being useful to its possessor, can be shown to exist; if further, the eye does vary ever so slightly, and the variations be inherited, which is certainly the case; and if any variation or modification in the organ be ever useful to an animal under changing conditions of life, then the difficulty of believing that a perfect and complex eye could be formed by natural selection, though insuperable by our imagination, can hardly be considered real.

Somewhat of a difference?

Note how those additional passages are critical for providing context.

This is the fallacy of quoting out of context:

The practice of quoting out of context, sometimes referred to as “contextomy” or “quote mining”, is a logical fallacy and type of false attribution in which a passage is removed from its surrounding matter in such a way as to distort its intended meaning

AC is a “free and open blogging forum for conservatives.” As one would suspect, publishing articles that cast doubt on the science climate change is high on their list of priorities.

Sometimes you do have to wonder at just how amateurish the denial movement can be. It took less than a minute to determine that they’ve simply quote mined Lovelock.

But then again, it’s not surprising: they don’t actually have any science to back up their arguments.

Obviously AC is on the “watch list” so to speak.

I’m sure we’ll be returning to visit them soon.

This one is easy to determine: