What the denial movement has wrought: the collapse of public trust in science 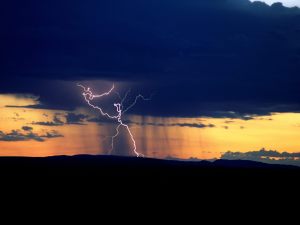 Quite a few blogs – and readers of this blog – have already made mention of the fascinating study “Social influences on paranormal belief: popular versus scientific support“.

In short, the study looked out how individuals weighted the opinion of the majority versus the scientific consensus (in this case ESP). As suspected, it was found the more popular a view the more readily the individual would accept that consensus of the majority.

However – shockingly – if the scientific community discounted the pseudo-scientific belief, and it was seen to have broad popular support, then individuals where more likely to reject the view of science. Here’s the abstract:

“Paranormal claims enjoy relatively widespread popular support despite by definition being rejected by the scientific community. We propose that belief in paranormal claims is influenced by how popular those claims are as well as by dominant scientific views on the claims. We additionally propose that individuals will be most likely to be positively influenced by the views of science when claims are unpopular. An experimental study varied instructions to participants in a 2×2 design which informed participants that a particular paranormal belief/claim (ESP) was very popular or not and was rejected by science or not. Participants then watched a brief video that appeared to present evidence of ESP. As predicted, participants became more likely to believe in ESP when claims were more popular. Contrary to predictions, participants appeared to react against the views of science when evaluating claims, particularly when they believed those claims were unpopular. This finding may reflect decreasing trust in the institution of science…”

Some of the observations are worth noting:

“Although trust in science remains generally high, Americans are willing to depart from dominant views of science on particular issues such as evolution and global warming (Lang 2005). The 2009 Pew poll which found that trust in science remains high also found increasing scepticism about science. When asked America’s greatest achievement in the prior 50 years, 47% of Americans in 1999 listed a scientific achievement. In 2009, only 27% of American’s listed a scientific achievement in response to the same question. The growing acceptance of paranormal claims combined with a decreased trust in science and willingness to depart from science on particular issues leads us to predict that individuals will selectively adhere to dominant views of science…”

It should be noted, that views most frequently rejected but the public those that directly contradict the world view of some religious conservatives (evolution) or represent a threat to specific industries (CO2 emitters).

That both creationists and the denial movement are now working together and share the same tactics is no coincidence.

“Overall, our research demonstrated that individuals responded positively to perceptions of the popularity of paranormal claims when making decisions about belief in those claims. Results also suggest that participants reacted against the views of science in making decisions about paranormal claims. These findings may be due to individuals seeing paranormal belief as a matter of faith rather than evidence and therefore reacting against science. Alternatively, perhaps endorsement from peers provides a stronger source of legitimacy for paranormal beliefs than authorization from a higher authority. Or, the findings may result from a decreasing trust in the institution of science…”

For both myself and other advocates of science and reason it highlights what we have been saying for some time: the collapse in trust of science has been manufactured and orchestrated by the denial movement.

It is having an adverse effect not just on climate science, but all science.

Both the denial movement and religious conservatives are waging a bi-partisan war on science. Alternative medicine directly challenges the efficacy of evidence based medicine. Today more people believe in pseudo-science than ever before.

Individuals would prefer to surrender their reason to the beguiling siren song of astrology, “The Secret” and the “Da Vinci” code. How comforting it is to be told “The universe really does revolve around you!”.

Thanks to poor media reporting on science we have a perfect storm of misinformation: counter knowledge masquerading as facts.

Public opinion on climate change is important: without it our political responses are paralysed as individuals either pay no attention to the the reality of global warming, or alternatively become hostile to proposed solutions.

Thanks to the likes of Andrew Bolt, Jo Nova, The Institute of Public Affairs and Ian Plimer both politicians and the public are being actively mislead.

Reality is not a democracy – even if 90% of the population chooses to belief climate change is not happening, it does not stop the reality that scientists been observing for decades.

However, our democracy is being corrupted by these agents of the “anti-enlightenment”. Like all anti-science movements they refuse to engage in the scientific debate because they have no evidence or research that supports their claims.

Their goal is simple: stall our response to climate change by shaping public opinion.

I lay this collpase in trust at the feet of the deniers. They are one of the chief members of the chorus that tells us “not to trust” the scientists.

And what have their actions wrought?

We have missed the opportunity to prevent climate change. We now have only have two courses of action: mitigation and adaption as the reality of climate change makes itself more manifest over the coming decades.

Our children will come into a world fundamentally different from the one we grew up in, and that our parents and grand parents took for granted.

All us – those alive today, and those who have only just entered the world – shall inherit the wind.

10 thoughts on “What the denial movement has wrought: the collapse of public trust in science”